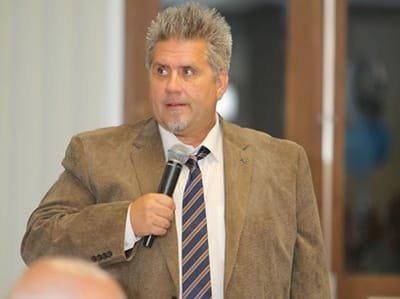 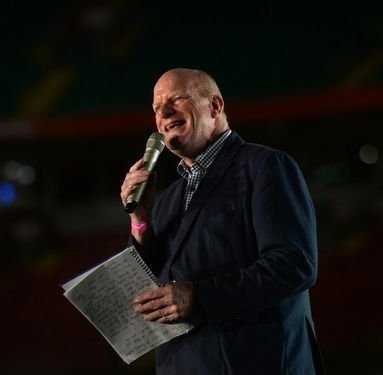 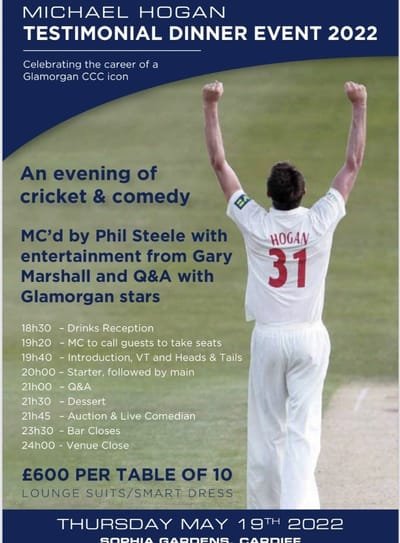 Set in the Amber Lounge at Sophia Gardens, Cardiff on Thursday the 19th of May, the evening promises to be a night of cricket and laughter as well as an opening celebration of a Glamorgan CCC icon.

As well a 3 course meal prepared by the clubs award winning chefs, there will be a raffle and heads or tails as well as an
auction with some fantastic items and experiences on offer.

MC'd by Glamorgan member and Welsh favourite, Phil Steele, the night will also have a Q and A with some Glamorgan stars to discuss the first group of County Championship matches. The night will be topped off by after dinner comedian Gary Marshall.
The Award-winning comedian Gary Marshall has been a professional now for over 30 years and has established himself as one the most popular comics working on the after-dinner circuit, with his unique style and deadpan delivery it gives him an abundent charm which makes him equally at home with both all male and mixed audiences. Being a third generation comedian, his Dad Jimmy Marshall (of Granada TV's The Comedians) and Grandad Jock Duncan (a renowned Scots comic) you could say comedy runs in the blood.

The evening will commence with a drinks reception at 6.30pm in the Pyramid suite before guests will be called to be seated at 7.20pm. The Bar will close at 11.30pm with the venue closing at midnight.

Thursday 19th of May
With tables of 10 set at £600 and individual tickets will be available
All interest should be made to
Chris Lloyd - 07717 151 719
Rhys Harrington - 07790 360 625
or get in contact through the testimonial email
michaelhogantestimonial@gmail.com 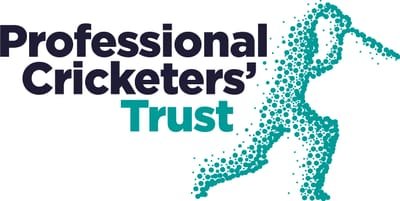 A list of upcoming events for the year. This will be updated regularly throughout the year.

If you want to get in touch about the purchase of a tie. There is an order form available here

If you require any further information on how you can get involved in events or support Michael in his testimonial year, click here

A list of the testimonial brochure full page advertising support. Very Generous companies and you find a link to their website below 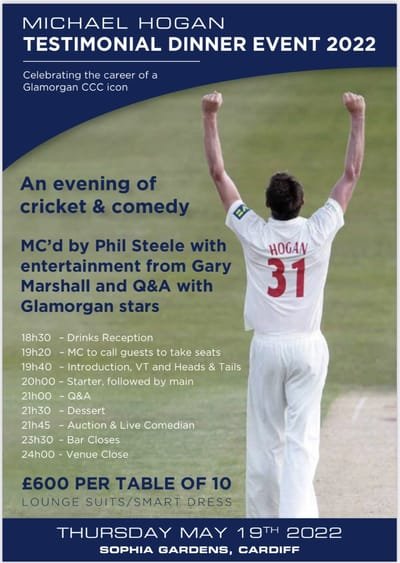